How Should We Handle Rock Stacking? 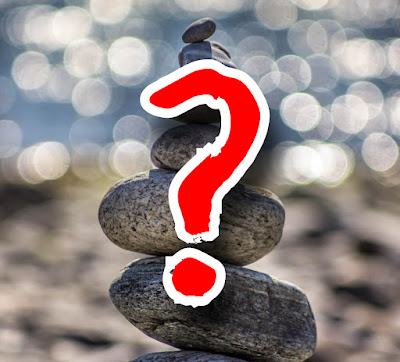 I debated and debated about giving my take on rock stacking.  I didn't want to.  But why, in the last two days, has there been this huge fight against it?  This rise, in last couple days, seems to have been because of this meme:

I have been asked my take on this.  And so, even thought I didn't really want to write about it, I feel like I should give my thoughts and opinions.  So, here is my current take.
Maybe it is our Intsa-culture, that do-it-for-the-gram lifestyle (and yes, I mean you too fly fishermen), but so much of what we are doing these days is to capture one beautiful picture to share with the world, proclaiming how great, or beautiful, or artistic, we are.  We ignore the rest, the 99% of our lives, the actual successes of others, and the work that really goes into creating those moments.
I was old enough to start noticing this phenomenon in high school, around the turn of the millennium.  ESPN, with Sportcenter, was showing the highlights of the action, and focusing less and less on the outcome of the game.  Basketball became about "posterizing someone," baseball became about the long-ball, football was the "juke."  Nobody seemed to care about what teams were doing the small things right, who was winning.  It was about the individual that got the highlight moment.
Social media outlets have progressed this attitude even further.  It has expanded beyond "sports" and moved into every aspect of our lives.  Today, we want people think we are good parents by posting good pictures of our kids on Facebook.  We want people wo think we are cool, so we have a picture of ourselves in vintage clothes outside some dive bar that we will never go back to again.
It is a social mentality that has now spread to ourselves in nature.  This new idea of art that is made to not last (other than in pictures.)  We don't want to put the years of work in to catch the fish on our own, we want someone else to tell us what to do so that we can post that picture and proclaim our greatness.  On the same page, we don't want to be a part of nature, we want to post the picture that shows how much we "love" to be in it (or how we can make it better.)
On one had, it is great.  It gets people in the outdoors, soaking up the sun, breathing the air, and witnessing the greatness of God's creation.  It will lead to more people putting in the effort to protect what others don't seem to care much about, and should lead to more funding to restore and preserve it.  But, on the other hand, there is an unfortunate side that comes along as well.
Rock stacking has become a part of this.  Let's get out in nature, then let's change it!  Its kind of like stocking non-native smallmouth bass in a river once full of Guads.  It makes the fishing better...right?  Stacking rocks in nature, in an attempt to make nature "cooler" or "more beautiful" or "more peaceful" is just plain dumb.
It is well known that moving river rocks, for any reason, can and does damage sensitive riparian environments.  The streambeds that these rocks help to construct are the homes of many organisms, creating micro-habitats where creatures big and small live and eat.  Moving enough of these rocks does damage to these environments.
The rocks also help hold everything in place.  They help prevent erosion, a problem that is already greatly exacerbated by man's desire to make nature better than it was originally (yards, parks, etc.)  Moving the rocks allows the sediment underneath to be washed away, not only causing erosion, but also increasing turbidity in the rivers.  Increased turbidity can negatively impact fish populations.
So, should you be stacking rocks in a stream?  Heck no.  Practice the "leave no trace" that everyone preaches.  A stack of rocks, whether it will get destroyed later or not, is leaving a trace.
But...
And you know I almost always have a but...
But...How should we go about stopping this rock-stacking craze?
Is posting shocking and antagonizing memes about kicking them over any better?  Does it make people want to stop?  You could try argue that you are "educating" them about the problems with stacking rocks, but you aren't.  Your meme, created for likes, designed to elicit anger, is no better than their Instagram post.  More likely, it is just fun for you to yell at the "dumb hippies" doing this.
What should you do instead?
Educate.  When you see a rock stacking post, describe the harm that it can do.  Explain how this seemingly harmless act can actually lead to problems.
Be consistent.  Don't only get mad a rock stacks.  Dams, tiny to large, all impact the flows of our water more than stacks of rocks do.  Wading in the riverbeds and wakes from boats also lead to erosion and unnatural amounts of sediment in the water.  Landowners that "clean up" their stretch of river can wreak havoc on the riparian areas.  Be upset with all of that too.
And possibly the single greatest threat to our rivers in Texas is the excessive use of the water from our aquifers. And with the rapid population growth in and around the Texas Hill Country, the country I love more than anywhere, this threat is increasing.  Where are your memes about saving the Edwards/Trinity Aquifer system?
Is rock stacking good for our rivers, no, not at all.  But it is so fun and easy to make fun of that "hippie s***" right?  Come on...Karen.  But it shouldn't be your only rant.  Educate.  Be consistent.  Protect what you love, but do it with love.
Peace outside, yall.