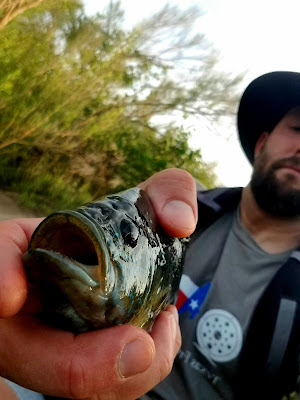 It was early evening on a Tuesday.  I had just gotten the kids in bed (the older boys were still awake) and swept the floor.  This quarantine thing had been tough, work was different, kids have more needs, the house needs more cleaning.  I was being selfish, but I hadn't done anything for me in weeks.  I had to get out of the house somehow and the 3 wt I had built was calling my name.


It was too late to travel any distance, so I determined that the local ponds near my house were my best option.  I wasn't going to catch anything big, but that didn't matter.

The ponds are heavily fished.  At times, anglers of the conventional variety line the banks and cast from every opening in the grass they can.  And that pressure and lack of casting locations (tall grass, short trees, and steep banks) make it a little more difficult for someone flinging a bug, like me.  And to add on to that, the wind wasn't exactly ideal.  But that didn't matter.

I grabbed the rod, tied on a bug, and hit the first opening in the water I could find.  Just as I was about to cast, I hear someone over my should ask, "have you caught anything?  Because I haven't seen anyone catch anything all afternoon?"

"I haven't even made a cast," I responded as I started to strip out a very limited amount of line.  As soon as he was far enough away, I lifted my rod tip, sending the line behind me and then made my cast.  The bug hit the water, sat for a 1, 2 count, and then disappeared.  A strip set, and the (small) fight was on.

The ponds are full of all sorts of grass, weeds, and lilly-pads.  Not exactly easy for someone with a 3 wt. rod.  But that didn't matter. 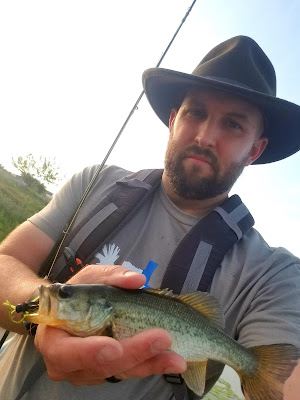 I kept working around these suburban ponds, maintaining the "social distancing" required, but I would have done that anyway.  I don't usually like to talk to strangers when I want to fish for an escape. 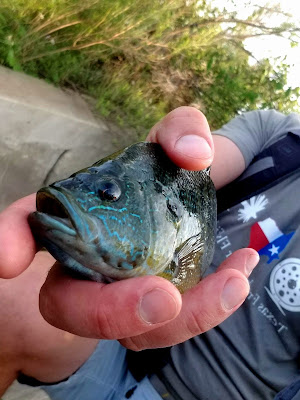 A few more fish, bass and sunfish, and then the swallows began to get louder, a pair of Yellow-crowned Night Herons descended to the metal safety rails near me, and the people fishing began to disappear.  It was getting darker.  But that didn't matter. 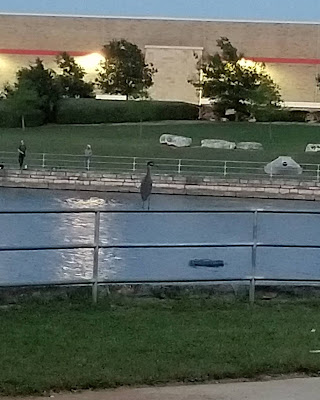 I reeled up my line, attached the fly to the rod, and started the walk back to my truck.  I walked through the tunnels under a bridge and heard the unmistakable pinging of bats.  I decided to hang out a few minutes in anticipation.  It was worth it as they evacuated their dwelling and flew around me in search of a meal.  Pretty cool, unexpected.

Other Posts You Might Like:
Thin Places
Beautiful, Small Independence
To Glass or Not to Glass
Odom Wu

The Rio Grande Cichlids just keep getting caught!  This period, Period 4, was another great stretch of submissions to the Year of the Rio here at Texas Freshwater Fly Fishing.  Great fish were caught, amazing pictures were taken, and I had another very difficult choice to narrow down the voting field.   Now it is your turn!

As many of you readers are aware, bowfishing is increasing in popularity all around Texas.  And also, as you know, Texas Freshwater Fly Fishing is concerned for the health of our fisheries and protecting all native species ( not just gamefish. ) Photo Courtesy of Jim Gray Well, good news!  The momentum to protect these species is continuing to build on itself, and we have received word that the topic of bowfishing for native species is now on the agenda for the October meeting of the TPWD Freshwater Advisory Committee. This is where your help can come in.   To support our position, we will need to provide the following: supporting statements from different bodies of water around the state showing why you believe that this is indeed a problem.  Your pictures and experiences are helpful right now. What we need are your pictures of of dump sites.   Please email pictures of dumpsites and shot native fish to texasfreshwaterflyfishing@gmail.com along with any pertinent information (locat