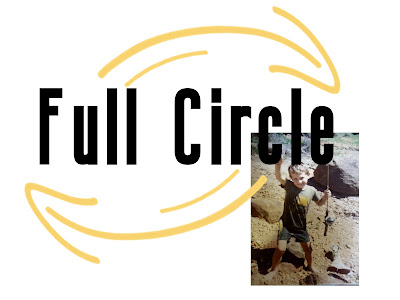 This is a post about my journey in fishing.  I know some may disagree, and I know there may be people that don't complete the full circle, or skipped a step, but this is my circle, and I've gone all the way around.

I truly believe each and every angler has a journey they follow, a path that they walk.  I believe that path is a circle, and where they go on that path is ultimately up to them.  Almost all anglers start at the same place, but many get derailed and sent off course for one reason or another. 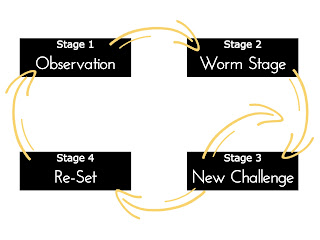 That starting point, the point were you become an angler, is being around others that are fishing.  Observing what is going on.  As a young kid that would watch my dad (who doesn't really fish all too often) fish.  He was just fishing for something to do, usually with some sort of bait (live or dead), and I would hang out and watch him.
Once you have gone full circle, the observation stage might be different. Maybe you do watch someone else fish, or maybe you watch the birds, or the deer drinking water.  Maybe you watch the fish swimming instead of trying to catch them. Maybe you water the water flowing or maybe you watch nothing and instead you just feel. 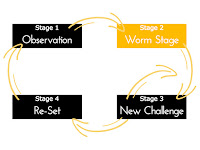 After the observation stage, an early stage angler migrates into the sunfish/panfish worm stage.  This is the stage where they get really get hooked on fishing.  Sunfish/panfish (whatever you want to call them) are like a gateway drug.  They are easy to catch, in almost all bodies of water, and provide entertainment for those with shorter attention spans.
Once you have completed a full circle, this worm stage might be you taking a younger generation out to catch fish with worms.  Maybe, if you don't have someone else to bring along, you bring yourself back to worm stage and just enjoy catching these sunfish again.  Or maybe this worm stage only means you've stopped judging how others are fishing and you begin to realize everyone is on their own journey. 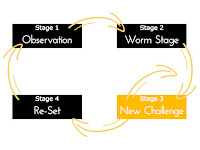 The progression past the Worm Stage is the New Challenge stage.  In reality, this is part of an inner "repeating cycle" that could go on for a while.  The first go-round in the New Challenge stage is usually artificial lures.  You might start throwing a beetle-spin or a rooster-tail to catch those panfish and the occasional bigger fish (for me it was bass, for you it could have been anything).  And it is those occasional bigger fish that can progress you to the next challenge.
You can be easily caught in the new challenge phase.  The inner loop, the second, third, and fourth, or more times around might be catching big fish, fishing new waters, or numbers of fish (in any order.)  But, each time around is a new challenge that puts you back into the loop.  I went through the following "new challenges."
Once you have completed your full circle, this phase might be a give back phase.  Somewhere/somehow, you give back to this circle of fishing.  Maybe that is continuing to teach the next generation something new, or maybe you give back and protect the environment you have grown to love. 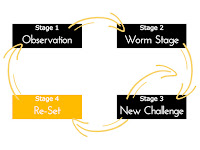 The last phase before you come full circle and repeat the journey in a new way, is a Re-Set.  This might feel like a New Challenge at first, but you will later realize it is not when you realize that it is no longer about solely about catching fish. Sure, you are out fishing, but that isn't the goal anymore.  You will know the feeling when you feel it.  You will get to the point where you don't really care so much about catching the fish, just enjoying the beauty, you will find yourself just watching (yep...you have hit the observation phase again.) 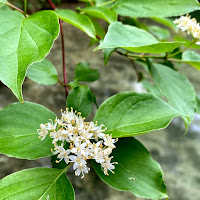 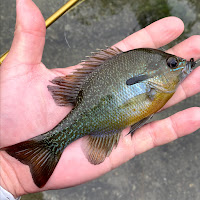 This Re-Set is what brings you full circle.  You really begin to enjoy the small things again. This is when you really start to care.
Peace Out-side, y'all.

Yep, it is that time of year again (love it or hate it.) Texas Parks and Wildlife released their Winter 2022/2023 Trout Stocking Schedule.  All together, they are planning to release 337,169 trout in Texas' waters.   They might not be the ultimate in fly fishing opportunities for many of y'all, but they can be a great way to get young kids into fishing.  (If you are planning on fly fishing for these, here are the flies that I would suggest: Flies for the Guadalupe River ) So, here are the important links to your 2022/2023 Trout Stocking schedule: 2021/2022 TPWD Trout Stocking Schedule TPWD Rainbow Trout Stocking Map Directions to Stocking Sites Peace Out-side, Y'all Do you enjoy Texas Freshwater Fly Fishing?  If so, you can support TFFF by making purchases at Flydrology.com  Your support helps keep Texas Freshwater Fly Fishing up and running, with quality content and a great Facebook group! Other articles you will LOVE: Flies for the Guadalupe River Five Must Have Flies For