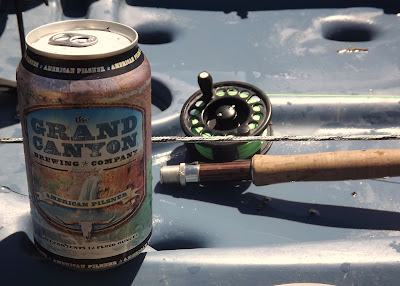 Ahh...spring time.  The river banks are beginning to green up and the fishies are starting to get in a "loving" mood.  Spring is my favorite time of year to fish.  Just imagine being out there on the water, drifting down the river, making a few casts, and sipping on a beer.  Nice!

Spring is a great season for beers, as well.  Just as the landscape surrounding the river and the air you breath are nice crisp and fresh during the spring, your beer should be as well.  Usually, the whether can vary pretty wildly in the spring, and so my beer choices will typically match the temperature.  I sometimes enjoy some Pilsners and other Lagers on the warmer day in the spring, along with the occasional ales on the cooler days. 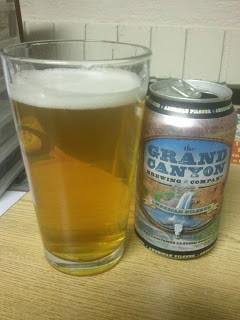 5. Grand Canyon Brewing - American Pilsner
Grand Canyon Brewing's American Pilsner is refreshing and easy to drink.  It is a great beer for a crisp spring day.  It is not your typical American Pilsner, it is a bit sweeter and has a thicker, creamier head, but it is good.  The hops are not prominent, reducing some of the bitterness and leaving the beer a little sweet, but there are enough hops to keep a good floral aroma and a crisp finish as you drink.  Kinda reminds you of springtime. 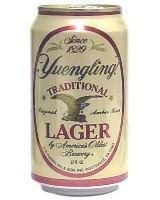 Subtly sweet, but still with flavorful hops, Yuengling Traditional Lager is a great springtime beer.  The caramelized malt is present as you drink it, but the hops do come on pretty well in the end.  It is slightly heavier than your more well known American Lagers, but not by much.  It is easy to drink, flavorful, and refreshing. 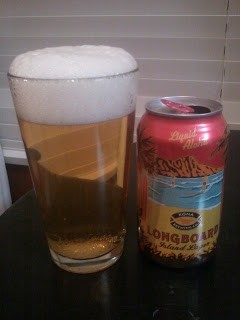 3. Kona Brewing Co. - Longboard Island Lager
Longboard Island Lager is a smooth, refreshing, American Pale Lager.  It is not "heavy" on the stomach, but the smooth maltiness of the beer is still present. It is a great beer to sip while fishing on a warm spring day, and even better for a the spring nights while sitting around the campfire on the banks of the river. 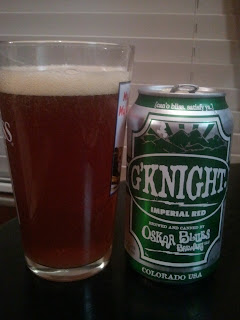 2. Oskar Blues - G'Night Imperial Red
Pine tree's, orange groves, and roses, ain't got notin' on the aroma of G'Night Imperial Red from Oskar Blues (but they all play a part.)  It might not be a true "Red" in some eyes, but it works...it works perfect for your enjoyment when all the plants are beginning to bud.  And, it is double hopped witch I absolutely love! 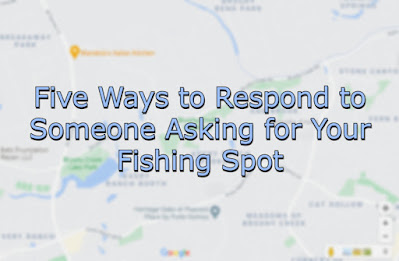 Five Ways to Respond to Someone Asking for Your Fishing Spot

As a continuation of the previous post, Should You be Asking for Fishing Spots? , I wanted to write an article directed to those who are more experienced anglers and get asked for fishing spots all the time.  If you are new to fishing, or new to an area trying to find places to fish, go back and read that article before you read this. Fly fishing, well almost every type of fishing (including  bow"fishing" ) is growing in popularity.  Maybe due to the Coronavirus Pandemic, maybe for health reasons, or maybe people are just wanting to escape from the growing amount of technology and urbanization in their lives.  The outdoors can be an amazingly soul reviving experience, full of  thin places , and everyone has the right to experience this.  Frankly, I am glad that this growth is taking place. However, this growth is frustrating for both the experienced angler and the newbie.  To the angler that has spent years learning the waters and the fish, the newbies "demanding questio 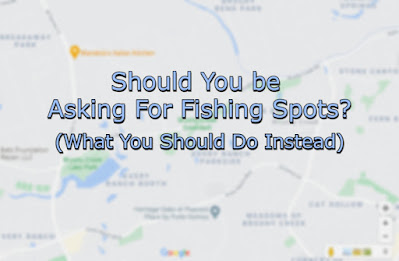 Should You be Asking for Fishing Spots? (What You Should do Instead)

It can be a sensitive, touchy subject.  How to go about finding fishing spots.  What is the etiquette here? Maybe you are new to an area, maybe you are just starting to fish, maybe you just can't seem to find fish in the spots you know.  It seems like everyone in your Facebook groups, on Instagram, and on TikTok are catching fish, but not you.  You need new fishing holes!  How do you go about finding these new, "good" spots? The easiest answer seems to be, just ask people in your Facebook groups.  I see people ask this all the time.  However, this is probably not the right thing to do, and will often not produce the results you want.  Usually, the asker comes away frustrated, with little to no new knowledge.  Some people even get angry when others wont share their spots.   The respondents are not trying to be rude, they have just learned from experience that giving up their spots leads to ''spot burn." Spot burn is what happens when the location of a good fis

Five Most Common Mistakes of New Fly Tyers (and Advice)

Are you new to fly tying?  Have you been tying for a while now, but still are not super happy with what you have created?   I was new to fly tying at one point (heck I a still new to some flies), and I KNOW these mistakes, because I made them too.  I did not have anyone to teach me what to do, and I had not yet discovered YouTube to help learn from.  So, I just saw patterns that I thought looked effective and tried to re-create them on my own.  Sometime they came out ok, most of the time I made mistakes and they came out horrible.  Here is my advice to new fly tyers. These are the five most common mistakes of new fly tyers.