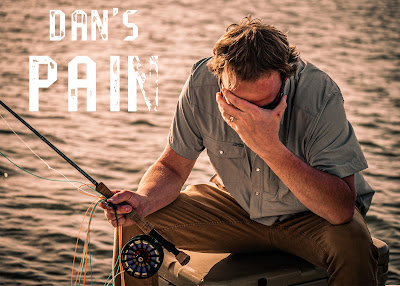 The second F3T film that TFFF is previewing for the Fly Fishing Film Tour in Austin is Dan's Pain.  Dan's Pain was Directed by Ben Meadows and produced by Dorsal Outdoors and PopFizz Productions.

Everyone loves Dan. He’s friendly, hardworking, and loves a good laugh. But Dan has a problem. Fish don’t love Dan. So he journeys from the marshes of Louisiana to the jungle coast of Colombia, to see if South American tuna will show him some decency and respect.

I think we can all feel Dan's Pain.