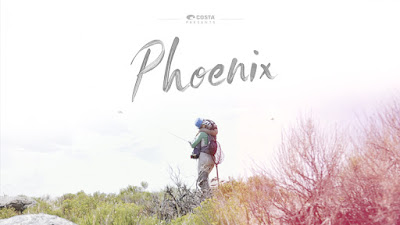 The second F3T film that TFFF is previewing for the Fly Fishing Film Tour in Austin is Phoenix. Phoenix was directed by Eric Braker and Andrew Braker and produced by the Braker Brothers.

Katie Fiedler Anderson has been a fly fishing guide in Vail, Colorado for over a decade, but things started to change when she became pregnant with her daughter. The short film, “Phoenix”, tells a story of passion, as Katie and her husband take a leap of faith in order to inspire their 4-year-old daughter to chase her dreams no matter what the obstacle.

I am excited for this one, simply because I know I can relate to this film (having both, young children and a life in fly fishing.)  I am sure many others of you can also.

F3T Back in Austin
The Legend of Casa Mar
Five Flies for Summertime Bass
The Overlap Score: An Effective Method For Choosing Your Flies